Report of the Comptroller and Auditor General of India on National Projects : Ministry of Water Resources, River Development and Ganga Rejuvenation 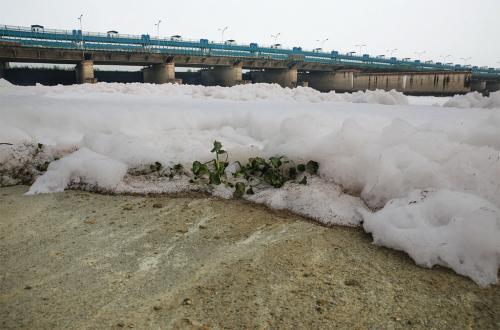 National river projects lag target by up to 99% due to poor management and lack of monitoring says this audit report by the Comptroller and Auditor General tabled in the Parliament on July 23, 2018. The report also finds overall cost escalation of 2,341% that threatened the economic viability of these project.

In February 2008, the Government of India approved a Scheme of National Projects where under it identified 16 major water resource development and irrigation projects that were under the Accelerated Irrigation Benefits Programme but were languishing due to various constraints and hurdles. This Report of the Comptroller and Auditor General of India contains the observations of Performance Audit of National Projects for the period 2008-17. The fundamental objective of the scheme was to ensure coordinated and focussed action to expedite their execution and ensure their early completion. The performance audit of the scheme brought out that this fundamental objective remained unachieved though an expenditure of ` 13,299.12 crore had been incurred on the five projects as of March 2017.