Guwahati is the largest city in the North-East Region of India, with a population of 8,18,809 (2001 census). Guwahati is a major commercial, educational and cultural centre. The city is experiencing rapid expansion and changes in urban morphology and major corridor roads suffer from insufficient right of way. Guwahati has taken the lead in introducing low floor city buses in the north-east but requires further modernization and integration with city planning and management initiatives. 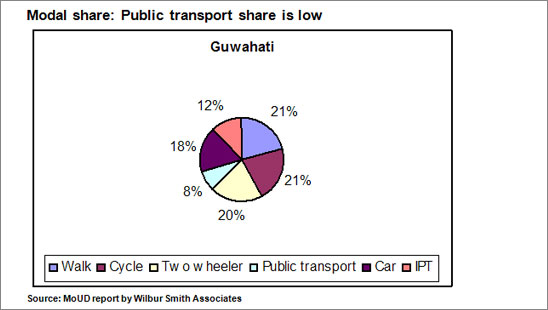