Judgement of the National Green Tribunal regarding the waste to energy plant close to Okhla STP, 02/02/2017 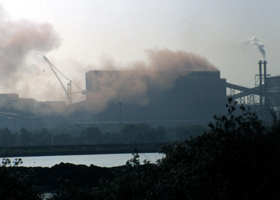 The Petitioners Resident Welfare Association of Sukhdev Vihar, Jasola Vihar, and Ishwar Nagar had approached the High Court of Delhi by filing Public Interest Litigation under Article 226 of the Constitution of India praying that the construction of the proposed Waste to Energy plant close to Okhla STP should be stopped. Further, to shift the existing plant to any other site and to direct the official respondents to take action against the concerned officers who planned construction and commencement of the Waste to Energy plant in that area.

The National Green Tribunal (NGT) said that the waste-to-energy plant in Okhla was ‘non polluting’ and allowed it to function. The tribunal has rejected an appeal by the residents of Sukhdev Vihar to relocate the Okhla waste-to-energy plant, but has levied an environmental compensation of Rs 25 lakh for its earlier polluting ways.