Judgement of the Supreme Court of India regarding illegal mining in Keonjhar, Sundargarh and other Districts of Odisha, 02/08/2017 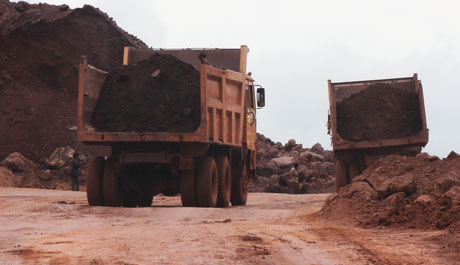 Judgement of the Supreme Court of India in the matter of Common Cause Vs Union of India & Others dated 02/08/2017 regarding illegal mining in Keonjhar, Sundargarh and other Districts of Orissa.

Supreme Court directs the Union of India to have a "fresh look at the National Mineral Policy, 2008 which is almost a decade old, particularly with regard to conservation and mineral development. The exercise should be completed by 31st December, 2017". The Judgement also mentions that some of the mining lease holders had deposited an amount of Rs.237.05 crores for utilization by the SPV (Special Purpose Vehicle) for carrying out welfare works and activities in the districts of Keonjhar, Sundergarh and Mayurbhanj in Odisha.

The Court pointed out that even though there are huge amounts available with the Special Purpose Vehicle for tribal welfare and area development works there is practically no information about the utilization of the funds or whether they are in fact being used for tribal welfare and area development works. The Court hoped that as a result of the orders passed very large amounts will again be made available to the State of Odisha. These amounts should also be kept with the Special Purpose Vehicle.