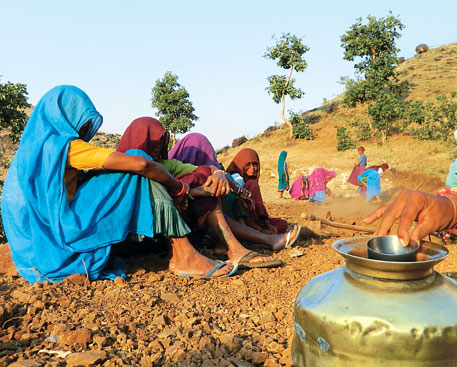 The Economic Survey 2016-17, advocates the concept of Universal Basic Income (UBI) as an alternative to the various social welfare schemes in an effort to reduce poverty. The survey juxtaposes the benefits and costs of the UBI scheme in the context of the philosophy of the Father of the Nation, Mahatma Gandhi.

The Economic Survey gives broad picture of the state of the economy and the way forward. The Survey is expected to indicate the government’s priorities and thrust areas for the forthcoming Budget. India’s Economic Survey for 2016-17 has pegged the country’s growth at between 6.75 per cent and 7.5 percent, while going by the 7.1 percent expansion for the current fiscal provisionally projected by the Central Statistics Office. The survey also said during the current fiscal, while the farm sector will show a decent growth of 4.1 per cent, industrial output will retard to 5.2 per cent. Services growth will be 8.8 per cent.