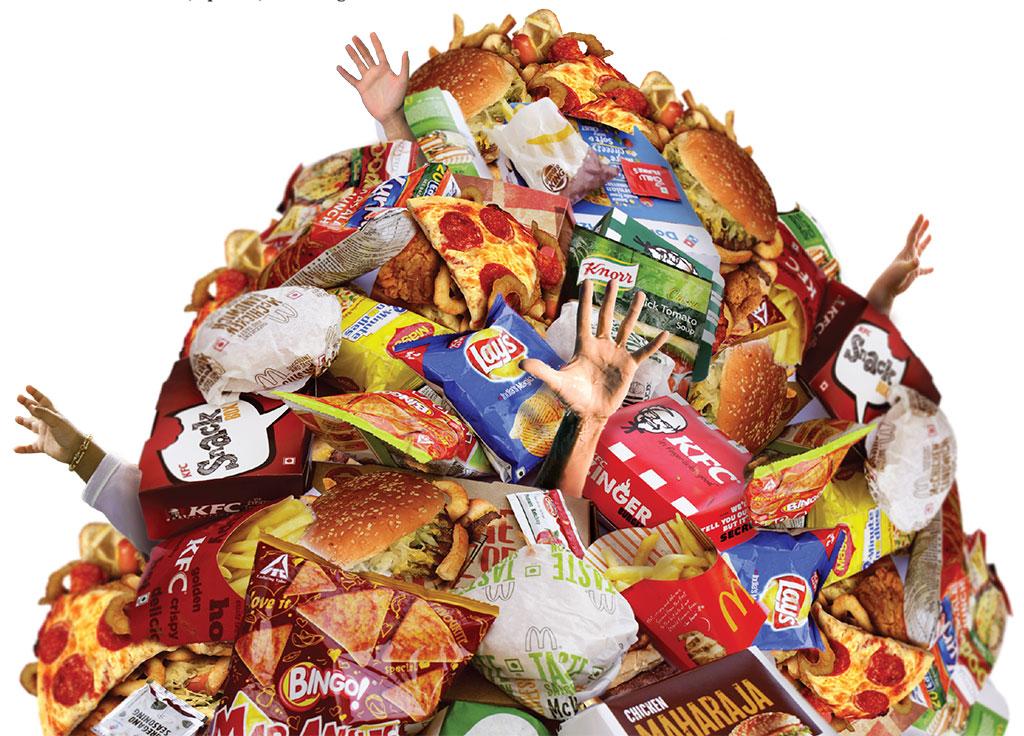 Most packaged food and fast food items being sold in India contain "dangerously" high levels of salt and fat in them, according to a new laboratory study by the environment think-tank Centre for Science and Environment (CSE). The lab study reveals found that the levels of salt and fat in the foods to be much higher than the thresholds set by the Food Safety and Standards Authority of India (FSSAI).

India has been going through an epidemiological transition i.e.the proportion of disease burden attributable to non-communicable diseases (NCDs) is increasing. A 2016 analysis by the India State-level Disease Burden Initiative found that NCDs accounted for 61.8 per cent of deaths compared to communicable, maternal, neonatal diseases, and undernutrition, which together accounted for 27.5 per cent of deaths. National Capital Territory of Delhi is amongst the few states with the highest-middle epidemiological transition. In 2012, the Centre for Science and Environment (CSE) had tested 23 samples of junk food across seven different categories such as chips, snacks, instant noodles, burger, pizza, fries, fried chicken, and carbonated beverage for salt, carbohydrate, fat and trans fat. The samples were collected from various outlets in Delhi. The tests were done using methods listed by the Association of Official Analytical Chemists (AOAC), which are accepted internationally and by the apex food regulator of the country – the Food Safety and Standards Authority of India (FSSAI). This study found high levels of sugar, salt and fat in junk foods tested which could be unhealthy to the consumers and it also highlighted misleading labelling on certain food products. Junk foods are not adequately regulated in India. Nutritional analysis of popular junk foods is important to improve consumer awareness and help policy makers develop suitable interventions for regulating such foods.

Guidelines | Draft guidelines for regulating food high in fat, sugar and salt (HFSS) also popularly known as Junk Food
Report | Nutritional analysis of junk food
Report | Report of working group on addressing consumption of foods High in Fat, Salt and Sugar (HFSS) and promotion of healthy snacks in Schools of India
Report | Report of the Expert Group on issue of high Fat, Sugar and Salt (HFSS) and its health effects on Indian population
Report | Burden of Packaged Food on Schoolchildren: Based on the CSE Survey ‘Know Your Diet’
Related Stories from